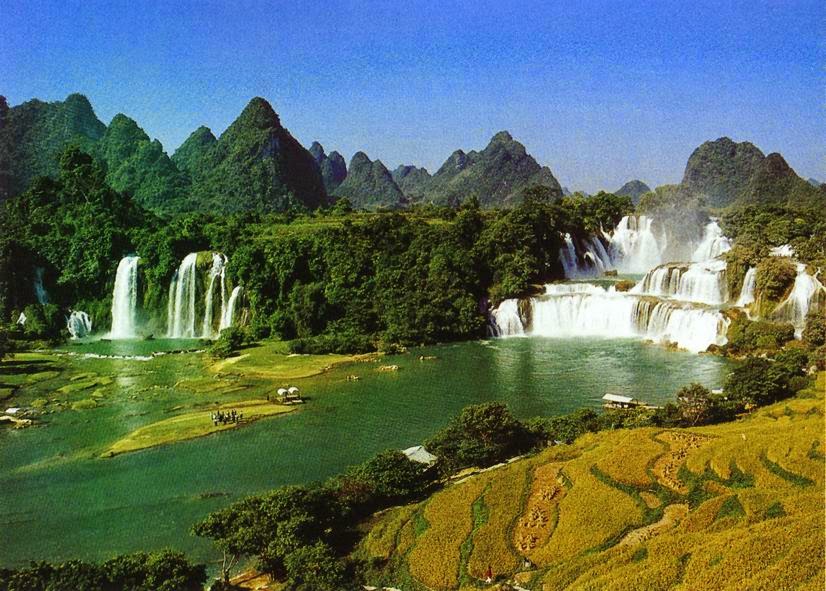 In fact, Kem Waterfall is located in Luc Da – Con Cuong commune – Con Cuong and near mountain villages of Thai and Dan Lai people. In these villages, local people process green rice very specially. It has its chartreuse color and is very delicious. Local people often use glutinous rice and young bamboos to make this dish.

From the center of Con Cuong district, you can go southwest about 20 km to the foot of Kem waterfall. The road appears steep mountain passes with green trees and a small spring named Huoi Moi which next to villages of Dan Lai people. Having these villages, guests feel like getting lost in a fairy land with tribes living among high mountains and thick forests. In Huon Moi spring, there is a species of fish with small body and bright silver scales. It is a delicious specialty renowned throughout the area.
Standing far away from hundred meters, Kem waterfall looks like a fragrant hair of a girl in a Thai ancient story. The cascade sets off among a great forest with green leaves and murmurs day and night. 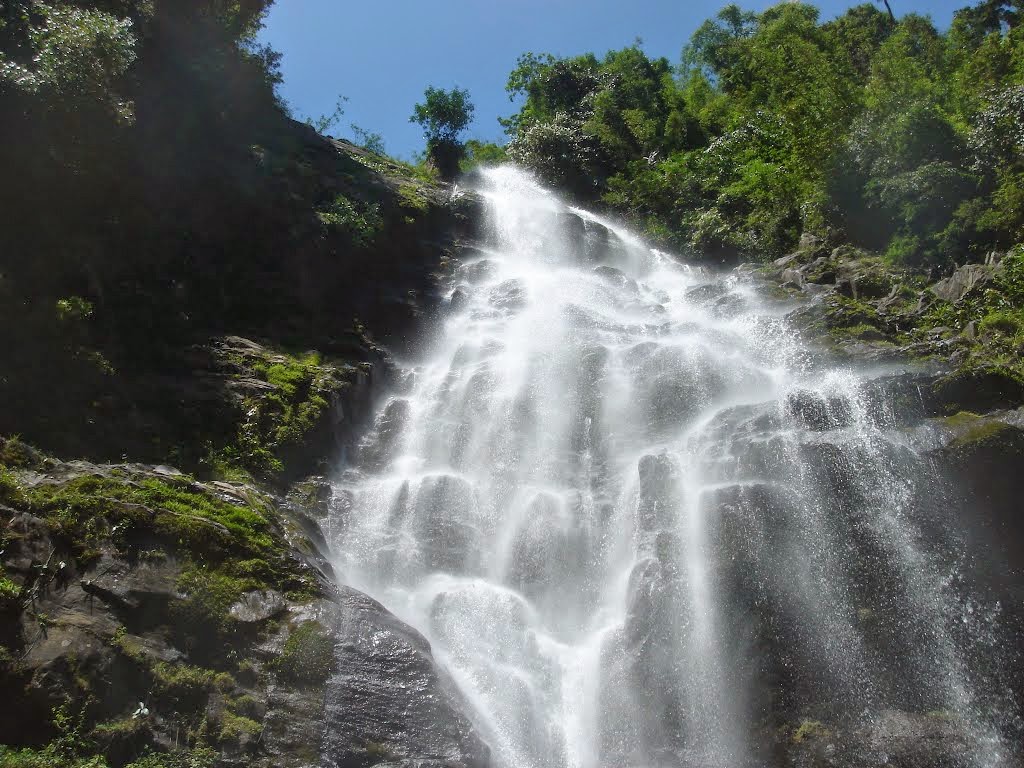 Thai people usually call this waterfall “Tat Long Bong”. The word “Tat” in Thai language means waterfall. In fact, Kem waterfall is named by project planners. Those who have woodcrafts say that this area used to be a primary forest area that very few people arrived. Sometimes only tiger and elephant hunters reach this waterfall to take a rest after climbing. They use it as a landmark to orient. If they get lost, they only hear the sound of this waterfall to come back. Old local people cannot expect that this place becomes crowded.
Recently, Kem Waterfall is an attractive destination for visitors in summer. In the heat of Central Vietnam summer, visitors are immersed in cooling water streams which are so clear that you can see fish moving around small pebbles and moss covered rocks.
Interestingly, although the temperature outside forests can reach nearly 40°C, the temperature at the foot of the waterfall is only about 20oC. Perhaps the reason about the cool weather is that this place still keeps pristine forests. On the foliages, there are a few small squirrels swinging from one branch to another or some lovely birds singing. The space is really ideal for eco-tourism, resorts and adventure tourism.
Currently, Nghe An Province has planned to turn Kem cascade into the main tourist point in the heart of Pu Mat National Park. Apart from this waterfall, Pha Lai Dam and Sang Le forest are attractive tourist destinations. You should not miss these places if you have a chance to go Nghe An province.

>>>A comprehensive list of things to do in Hanoi, Vietnam. Includes all the major sights and activities in and around Hanoi.